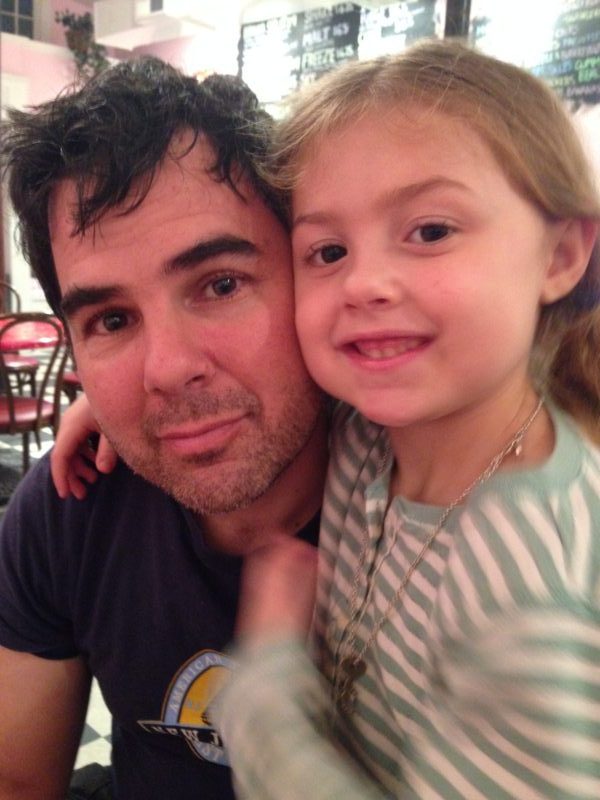 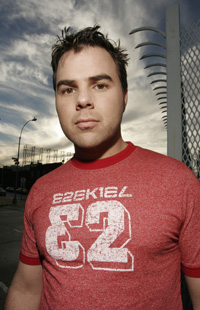 Andreas Sahar, of New Orleans, is a musician, songwriter, and the artistic director of Totally Square Records.  In this interview with Confetti Park, Andreas talks about his record label, about his earliest childhood musical memories, and about nurturing a love for music within his own young children.

From Andreas’ childhood recollections is the enchanting nickname his grandmother gave him: “wimmerpot.” He discusses this nickname in the interview… and from his website:

“My grandmother made up the word,” explains Andreas. “Roughly translated from German, her moniker for me was something along the lines of “stewing teapot,” a reference to the constant humming I did while playing with my Legos or train sets. At four years old, music was already brewing inside my head, escaping in bouts of sonorous steam while I fiddled with my toys.” More from his website

Andreas discusses with Confetti Park the unique concept behind Totally Square Records, which features pop and pop rock music. The featured artists have more than captivating hooks, intriguing melodies, and tight harmonies in common—they also share a commitment to serve as positive role models to their fans.

“What we do is we sign recording artists who agree to stay out of trouble, to stay away from all the tabloid catchers, and focus on making great music,” Andreas explains.  He then goes on to introduce some of the artists featured on the label. (Enjoy clips of the following artists from the roster of Totally Square Records in the interview.)

Outside of the label, Andreas creates his own music—which runs the gamut of styles from pop singles to long-form symphonic pieces and musicals.  Much of Andreas’ musical creativity is inspired by his spirituality. (Listen to some samples.) 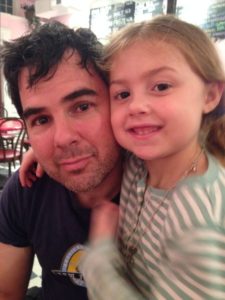 Andreas and daughter Ramona, who is already showing a love for songwriting

Passing on the love of music

Andreas also enjoys collaborating with his children, twin boys and a daughter, on music.  Here is a song called “Rock ‘n Roll Star” that features a hook that his five-year-old daughter Ramona came up with.

“She just started singing it and I immediately screeched to a halt whatever I was doing and listened and started banging it away on the piano,” says Andreas. “It’s such a catchy little hook!”

Andreas’ advice to parents who want their kids to find a creative outlet is, first and foremost, let them breathe and have room to find their own passion.  And once you see their passion, nurture it!

“Kids will have their own spark and their own interest, and you can pick up on that,” he says. “If you do see a spark, and a genuine interest, I say feed it!”