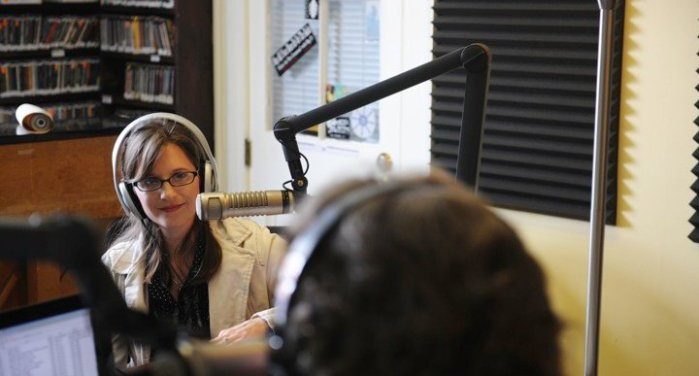 “I hope, through Confetti Park, to showcase the diversity, depth and universal appeal of Louisiana culture, and also, to show that kids music can be really good,” says host Katy Ray. “May the families in New York be filled with joie de vivre as they listen to the stories and songs.”

Ray, who works in communications at Tulane University in New Orleans, has a master’s degree in musicology from Tulane and is a former producer and host for Red River Radio, an NPR-affiliated public radio network in north Louisiana. She directs a children’s choir in New Orleans called the Confetti Park Players who won a Parents’ Choice Award for their first album.

With support from the New Orleans Jazz and Heritage Foundation and Music Rising at Tulane University, Katy traverses her state to unearth music and folktales, local legends and spooky stories, colorful family memories and overlooked histories.

For the weekly segment Confetti Park Storytime, she features published children’s authors as well as interviews and encounters with everyday people on the street. Children’s voices are often used to share poems, contemporary jump rope jingles, hand-clapping games and other playground chants.

A podcast version of the show is available on iTunes.

Rosemary the Garden Fairy: How does your garden grow?