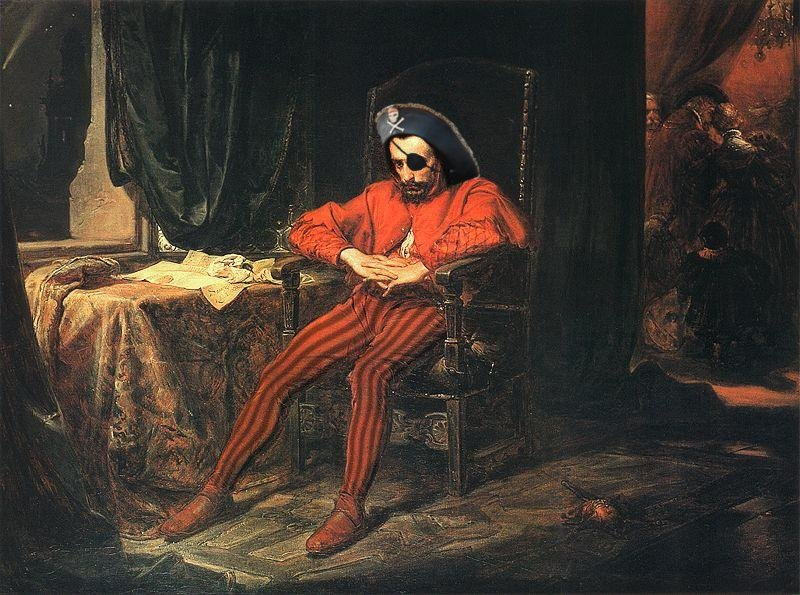 You’ve heard of Pirate Jean Lafitte, a French pirate who gained infamy in the bays and swamps off the Gulf of Mexico. He lived from 17080-1823. He is often featured in tales of treasure hunters and is part of many legends from Louisiana and Texas.

Here is one that takes place in Laport, off the coast of Galveston Bay… in the 1800s, many years after Lafitte;s death. We learn thatt he ghost of the smuggler continually wanders the earth searching for a worthy inheritor. Only when he finds a person who is worthy can he at last rest.

The story is narrated for you by Ted Lindsay of Mooringsport, La.

We begin with a weary travel who is approaching an abandoned house at dusk, and he enters it to take shelter from the cold wind. He can hear the waves tearing at the bluffs of Galveston Bay…. After stabling his tired horse, he enters the old house and builds a fire for comfort.

He wakes to find a strange man standing over him, who beckons him to follow. The weary traveler, in a stupor, is so commanded by the presence and entreaty in the eyes of the stranger that he does….

The strange man says to him,

“Here more gold lies buried than is good for any man. All you have to do is dig, and it is yours. You can use it; I cannot. However, it must only be applied purposes of highest beneficence. Not one penny may be evilly or selfishly spent. Do you understand?”

Then the visitant was gone, and I was shivering with cold.

What happens next? Listen to the full story as featured on Confetti Park!