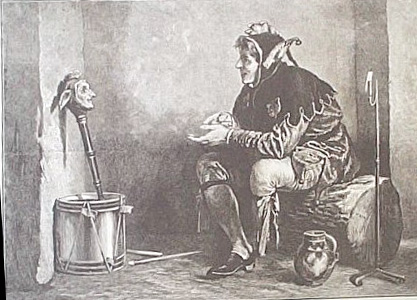 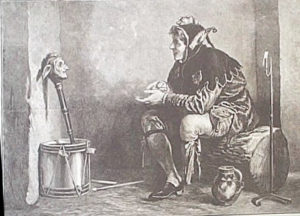 Foolish John is a literal-minded character who appears in American folk stories as a fool who always gets things right somehow. In Louisiana folk tales, he was called Jean Sotte, and he had many misadventures that resulted in happy outcomes despite all of his foolish interpretations of situations.

A later year character who might have been inspired by the Foolish John stories is America Bedelia: “Everyone loves Amelia Bedelia, the literal-minded housekeeper! When she makes a sponge cake, she puts in real sponges. When she weeds the garden, she replants the weeds. And when she pitches a tent, she throws it into the woods!”

In this Foolish John tale, which is narrated by Ted Lindsay of Mooringsport, Foolish John is sent by his mother to sell a cow hide. What does he do? He strings it up on a tree, like a sail blowing in the wind above the woods. The misadventure continues from there, leading to great riches for John.