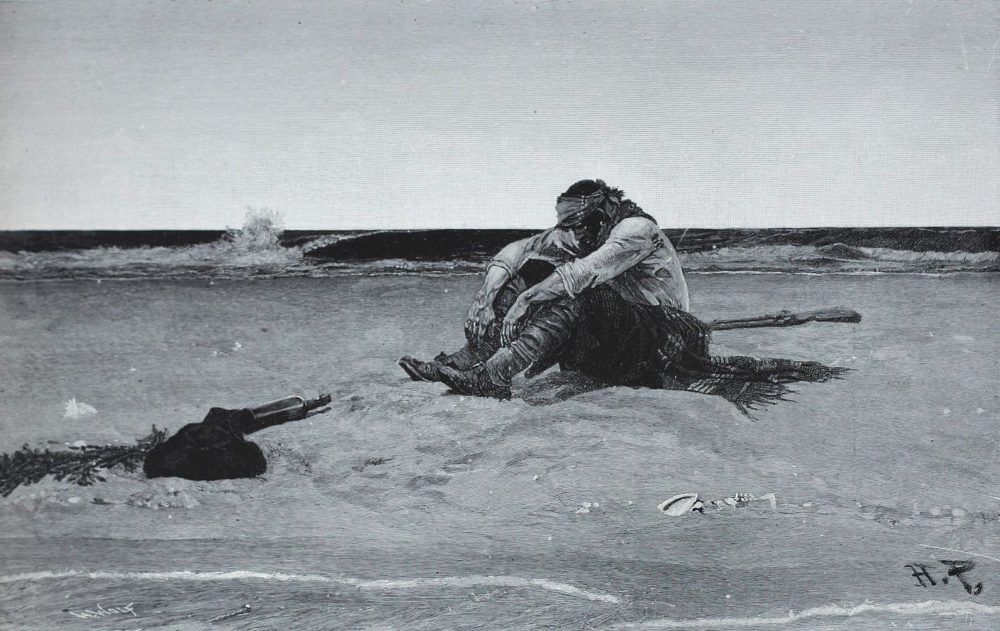 Enjoy this spooky, dramatic tale of a pirate who experiences the strangest vision…. a skeleton pirate crew that carries treasure aboard the island where he is marooned.

“It all started when Mr. Colt, me scurvy dog of a first mate, raised a mutiny against me. I was so proud; that’s how I first became a captain, you know.”

“….At first she appeared to be nothin’ but a large shadow moving across the waves, but as she got closer it became clear that it were a ship. But no ordinary ship she was, for she was indeed made of nothin’ but shadows…..It was then that that chill took a hold of me in earnest as I watches her crew boarding those boats, for they weren’t men, not least as we know them; they were a crew of skeletons whose bones glowed in the night.”


Based on an old pirate folk tale updated by David Eugene Ray, author of the award-winning book The Little Mouse Santi, and narrated by the vibrant New Orleans actor and producer Chris Lane, ‘Dem Bones is sure to thrill listeners of all ages! Who doesn’t love a good pirate tale?

By the way, wonder who this “Louis Lafitte” is? He is the made-up imaginary pirate persona of a little boy from Louisiana, who has grown up hearing the legends of Jean Lafitte! Check out this song by the Confetti Park Players.

Interview with Kid Chef Eliana about her foodie inspirations & aspirations