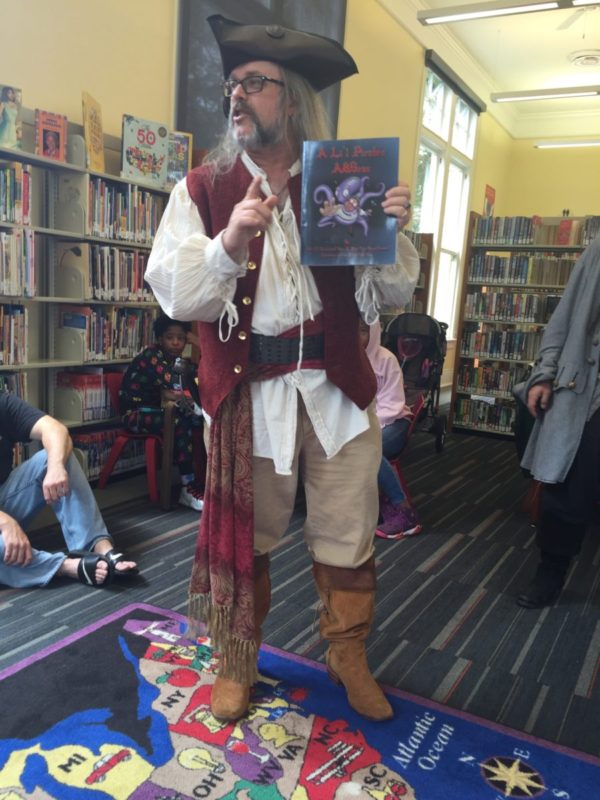 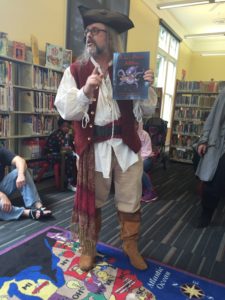 In this episode of Confetti Park, Katy Hobgood Ray interviews Ol’ Chumbucket, the co-creator of International Talk Like a Pirate Day on September 19. Chumbucket, also known as John Baur in certain circles, lives in New Orleans today (he has lived in many places including the Virgin Islands) and spends much of his time traveling the pirate festival circuit promoting his books and pirate culture.

Chrissie Warren: Pirate Hunter, is his latest. It’s a truly entertaining young adult book about a 13-year-old girl in colonial Virginia who disguises herself as a boy in order to sign onto a merchant ship. What drives her to such rash madness? She must rescue her father, who has been taken by terrible pirates. This book is a great ride!

Ol’ Chumbucket has co-authored  at least eight books about pirate culture with his buddy Cap’n Slappy (a.k.a Mark Summers, the co-creator of Talk Like a Pirate Day), including A Li’l Pirate’s ABSeas, “a piratical romp through the alphabet with all that that implies. Sometimes rude, sometimes downright dangerous and subversive, but always fun and always funny.”

Kids in the Algiers Point neighborhood where Confetti Park is located were very lucky to have Ol’ Chumbucket come to the Hubbell Library. He and the NOLA Pyrates Society sang sea shanties and shared pirate lore. Katy recorded this interview with Chumbucket outside the library located near the river. (You can hear the wind! Sorry for the rumbles.)

Here she talks to him about the genesis of International Talk Like a Pirate Day, and they uncover what it is that makes pirates so universally appealing.


Says Chumbucket: “Pirates, they’re an expression of freedom. We always tell people it’s ‘Talk Like a Pirate Day’—not ‘Commit Felonies Like a Pirate Day.’ We’re not advocating you actually waylay a Spanish galleon.

But… pirates were the freest people on earth. They lived by their own rules; they rejected convention. So when you go out and live your life for YOU instead of the rules that everybody else’s putting on you, the TV ads that tell you you have to smell like this, and the magazine ads that tell you you have to wear these shoes… if you do what you want, because it’s what you want, then you’re living like a pirate.” 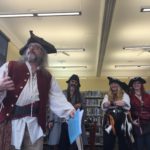 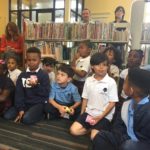 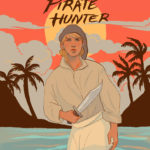 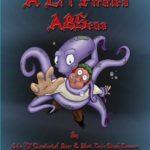 For more information about Ol’ Chumbucket, visit his websites https://baurlife.com/ and  http://talklikeapirate.com/.