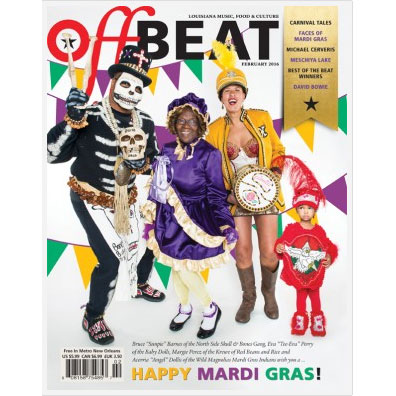 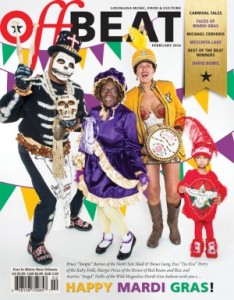 The February 2016 issue of OffBeat Magazine is out, and it features a review of the Confetti Park Player’s debut CD, We’re Going to Confetti Park!  This is our first review to date,  and it’s hard to imagine a more wonderful one.

Confetti Park Players director Katy Hobgood Ray was grinning from ear to ear when she read it, sitting at Satsuma’s in the Bywater. And she was a little shiny-eyed, too. We’re more than a little excited, too, that the review comes out during Mardi Gras, when many New Orleanians are feeling light-hearted and joyful. It’s perfect timing for this record to be celebrated.

David Kunian, thank you for listening with an open mind and an open heart, and for giving kids music a shot!

Check out some of the tracks below. You can buy the record at Louisiana Music Factory, Skully’z, Euclid, Magic Box Toys and Fleurty Girl. You can also order it from Confetti Park!

Often children’s records suffer from two problems: They are either too cute and cloying or too hip. This new kids’ record from the Confetti Park Players and director Katy Hobgood Ray mostly maintains a good balance between the two. Lyrically it is earnest and easy to sing along with. Musically it is simple enough for children to follow. What stands out on this record is Ray’s pretty voice supervising the children’s chorus, the Confetti Park Players, who handles their singing with a great combination of enthusiasm and skill. The songs are all originals with New Orleans subjects. They serve well both to educate kids about New Orleans history, characters and traditions while joining in with the record. There are great songs that caution about not following the Feufollet, chasing the Roman Candy Man and deciding which snowball flavors to try. Of course, a New Orleans–based kids’ compilation is not complete without a dose of the Okra Man, who sings on the track with his name. These songs are marches, waltzes and ballads with modern touches like the easy going hip-hop of “Choctaw Choo Choo” and the second line chant perfect for hand jive, jump rope or hopscotch of “The Clapping Song.” Ray culled musicians from the best New Orleans has to offer, including baritone saxophonist Roger Lewis, drummer Johnny Vidacovich, sousaphonist Matt Perrine, keyboardist Brian Coogan, and clarinetist Evan Christopher. Greg Schatz (whose songs sometimes sound like kids’ songs for grownups) contributes a track. But forget about what I think. My kids were singing along by the second time they heard this CD, with their favorites being both odes to pirates. So the kids will like it and the adults will not get sick of it. In that, the existence of the Confetti Park Players’ new CD makes this a more perfect world.