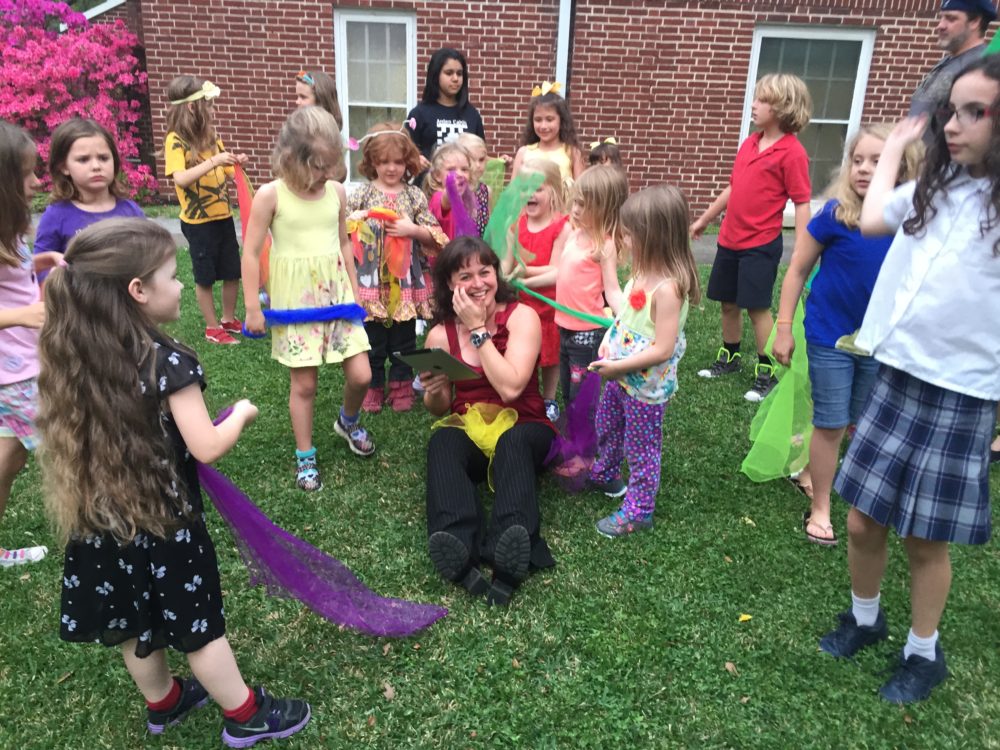 The Confetti Park Players are a children’s chorus based here in New Orleans. One of our favorite things to do is to collaborate with other musicians who live in this amazing, creative city! We are SO lucky to be surrounded by and nurtured by so much talent.

Our most recent collaboration  was with local folk-pop duo Ginger & the Bee (aka Sherri Montz and Scott Frilot). This duo perform around New Orleans and have other musical projects, including the beloved Vinyl Girls, Slack Adjustor, Skin & Bones, and the Tomatoes.

Bumblebee, bumblebee, where is your honey? I want some honey for my honey!

Bumblebee, bumblebee, where is your honey? I want some honey for me.

Choir director Katy Ray taught the song to the kids over a few weeks, and one special Wednesday night, Ginger & the Bee came to our practice at Algiers United Methodist Church to record with the kids. 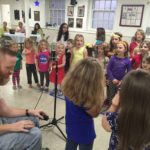 Scott sets up the recording gear for the session. 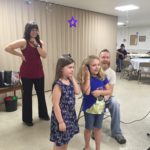 Lily and Nola do a sound check with Scott. We think he and Sherri enjoyed this as much as the kids! 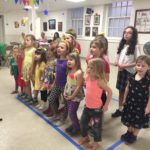 The Confetti Park Players sing “Bumblebee” with much gusto!

After the recording was over, the kids went outside to play on the grass with Sherri to shoot some playful scenes with scarves. 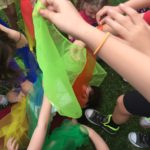 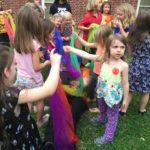 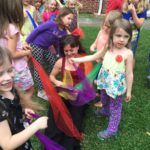 A few weeks later, the Confetti Park Players went to the Mini Art Center, a child-centric community arts center located in our very own Algiers Point, to do stop motion animation for the music video. We had such a great time creating this from drawings and recording footage. Molly and Prescott, who run the Mini Art Center, are great teachers. 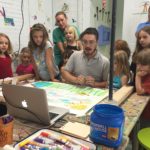 Prescott gathers the kids around the stop motion center. 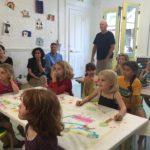 The kids draw characters and backgrounds for the music video. 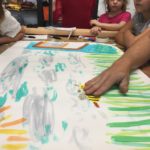 What a fun process! We moved the characters inch by inch for the stop motion animation.

And, voila! Enjoy the final product! 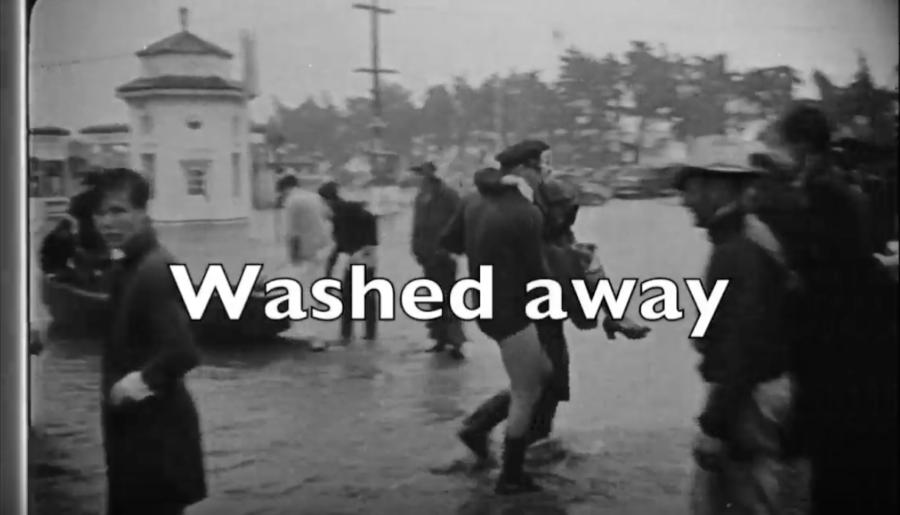