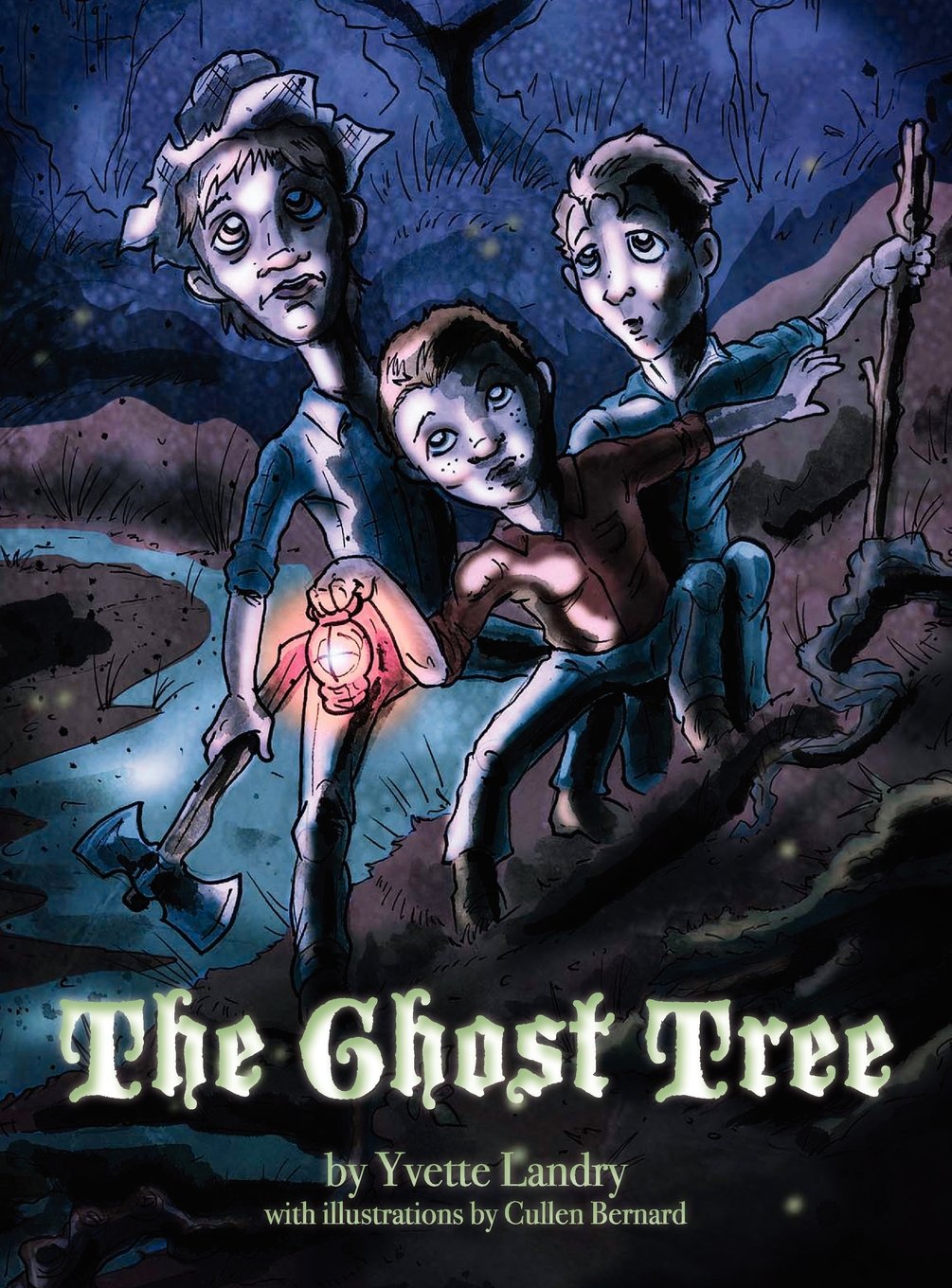 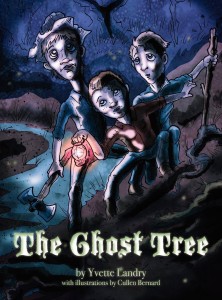 The Ghost Tree by Yvette Landry

From the swamps of the Atchafalaya Basin comes The Ghost Tree, a tale so terrifying that children will never forget its warning, and will never look at oak trees the same.

The story of three brothers who defy their parents on All Hallow’s Eve was written by musician Yvette Landry of Breaux Bridge. We are so delighted that Yvette narrated her spooky story for Confetti Park! It is a winner of the 2015 Louisiana Young Readers’ Choice Award.

The story begins in her ancestral home, the small, somewhat isolated community of Isle Labbé, and ends in the swamps of the Atchafalaya Basin. Her grandfather tells her of an ancient Native American legend: A cursed tree that comes to life every Halloween. Unlucky travelers who stumble across the tree on that fateful night are never seen again. He would know after all, he’s the only one ever to survive an encounter with … The Ghost Tree.

From her website: Yvette Landry grew up in Breaux Bridge, Louisiana, not far from the levees of the Atchafalaya Basin, North America’s largest swampland. It was in and around that swamp where she learned to hunt, fish, ride horses, dance, understand French, and tell stories.

After earning a master’s degree in education and developing a successful teaching career, she began telling stories through song. The songs were a hit, and so was Yvette. Playing a variety of instruments in several Cajun bands, Yvette also fronts her own band.

Her debut award-winning album titled “Should Have Known” was released in 2010. Over the past several years, Yvette has traveled the world and played countless cultural festivals from the New Orleans Jazz and Heritage Festival to the GrassRoots Festival of Music and Dance in New York. She toured Russia and served as a Cultural Ambassador on behalf of the Library of Congress to perform at the Festival of Traditional American Music.

Learn more about Yvette Landry’s music and stories and her marvelous career on her website, http://yvettelandry.com/.