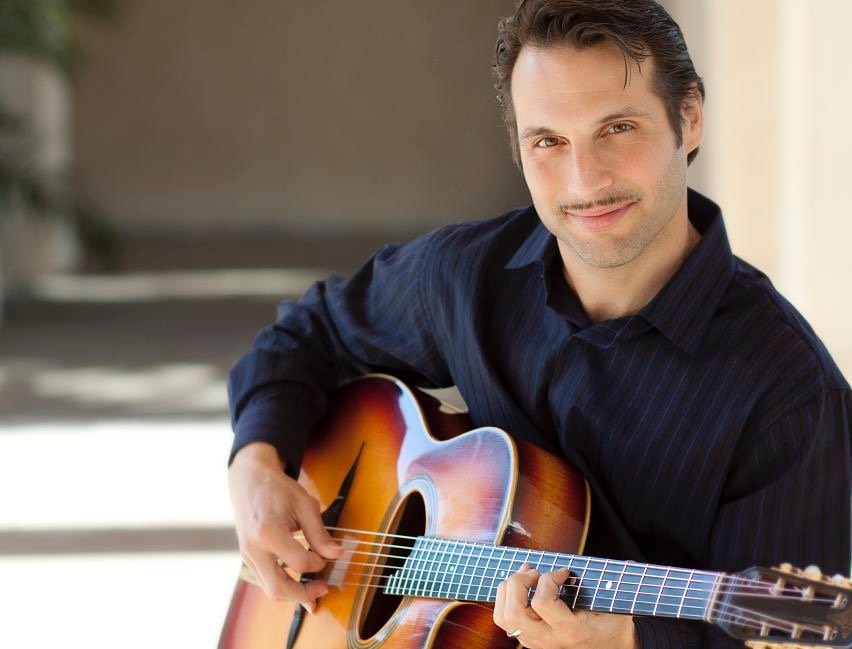 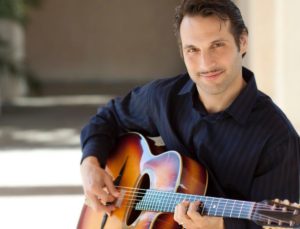 In this episode of Confetti Park, we hear some memories of a musical childhood from New Orleans-based gypsy guitarist Daniele Spadavecchia, who grew up in Italy.

Daniele loves to play acoustic gypsy jazz guitar, and when he first came to New Orleans (around 2003) he hooked up with Tony Green, another musician who shares sensibility and appreciation of gypsy jazz, swing, Mediterranean Flamenco, and European ethnic music.

Daniele has performed at dozens of festivals and venues in Italy and the United States, especially around New Orleans and San Diego (where he lived after Hurricane Katrina for a time). Today, you can catch him at the Tasting Room on Magazine Street, where he has weekly gigs.

In this interview, Daniele describes his childhood as freewheeling and adventurous, and his parents—”an Italian version of hippies”—shared their musical tastes with Daniele and his brother.

“Of course as kids, we were always traveling with my parents, and we would always have a tape player in the car. We didn’t even have a working stereo in the car so we would carry this predecessor of a boom box. So we would play all these tapes.  My mama would play some music, and she would play every kind of thing…. all these fantastic rock ‘n roll or prog rock bands or psychedelic rock. And that thing really twisted my brain, in a good way. It taught me freedom of expression and the beauty of music, the power of music.”

Daniele has recorded various gypsy jazz CDs and also plays on the Confetti Park Player’s children’s CD. he is the featured guitarist on the song “Buttermilk Drop.”

Storytime: Her Royal Majesty, the Superhero Bride of Frankenstein by Melinda Taliancich Falgoust

A childhood music memory from Ms. Chocolate about spirituals