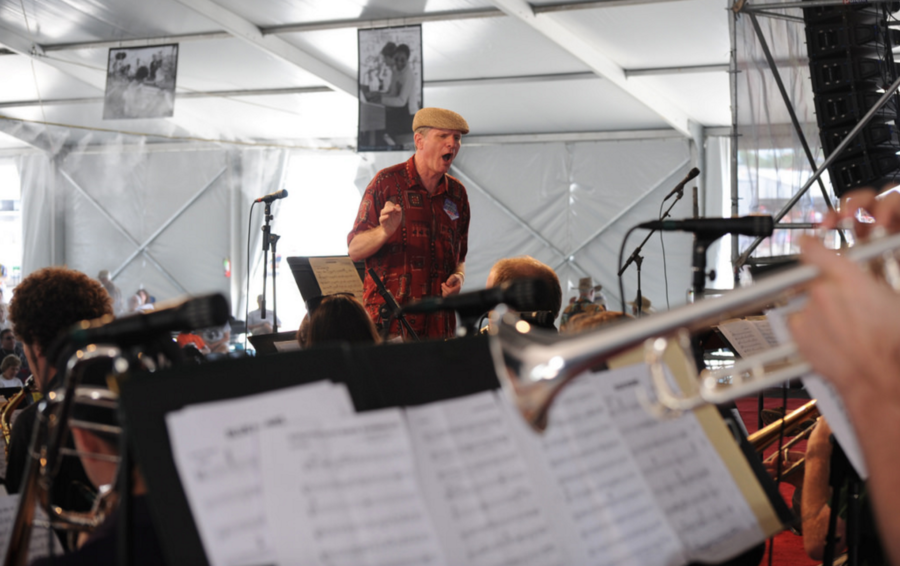 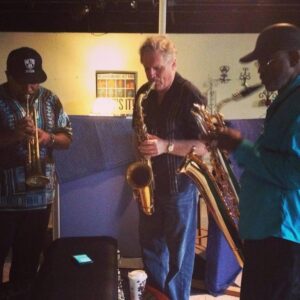 In this episode of Confetti Park, we hear a childhood music memory from New Orleans-based saxophonist John Doheny.

John has a long career as a professional jazz musician, band leader, writer, and educator. Originally from the Pacific Northwest, he first started playing clarinet as a child and was part of youth orchestras from an early age.

John switched to saxophone as a teenager, and says he developed his chops playing six nights a week as a college student in Vancouver. He spent his twenties and thirties playing and recording with a slate of well-known pop and rhythm and blues artists such as the Coasters, the Platters, Bobby Curtola, Buddy Knox, the Temptations, Solomon Burke, Michael Buble, and Doug and the Slugs.

In 2003, John moved to New Orleans and enrolled in the graduate school at Tulane University. In addition to earning an MA in Musicology (with a concentration in Early New Orleans Jazz), he served as Professor of Practice in the music department and directed the student jazz band. He also served as band leader of the Professors of Pleasure, and has released several straight-ahead jazz recordings. (We are honored that John appears on a track with the Confetti Park Players—The Clapping Song.)

In this memory, John recalls how his mother made him practice every day, and how it led to a favorite jam.


“My mother said you have to practice for 30 minutes after school or no cartoons. And so I would be sitting there playing with the Klose book, and then the cartoons would come on, and then because I already had the horn in my hand, I taught myself how to play the Bugs Bunny theme song. I didn’t know it at the time, but I was teaching myself how to play what I hear, which is kind of what you want to do.”
Music Memory    Podcast
bugs bunny    cartoons    childhood    clarinet    jazz    John Doheny    kids    looney tunes    memory    music    musician    practice    saxophone